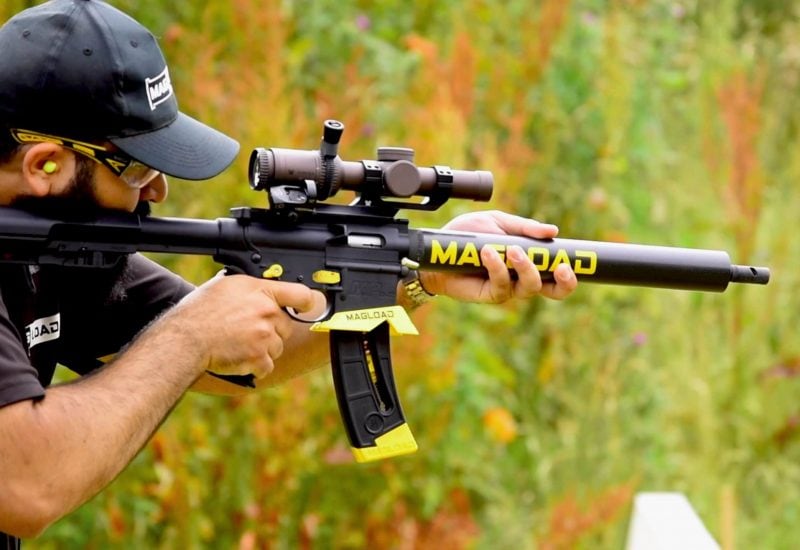 Magload Founder and CEO – Conners has been shooting for 15 years. Grand Master in Standard Manual Shotgun taking 1st place in the 2020 British Masters. Conners is a regular on the international competition circuit, competing at renowned matches such as the French Nationals and CESO. He is currently in training for the 2022 Shotgun World Shoot. 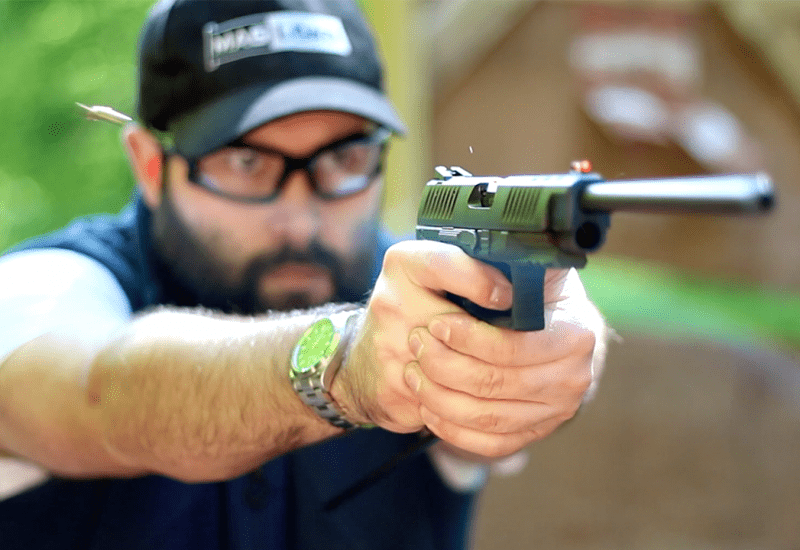 Magload COO – Callum joined Magload bringing his marketing and creative experience from his YouTube channel EnglishShooting and from co-founding Gunroom.tv. Callum has a wide variety of shooting experience but focuses on 3 Gun and IPSC. Placing in several international multi gun matches, Callum has now set his sights on the IPSC circuit. 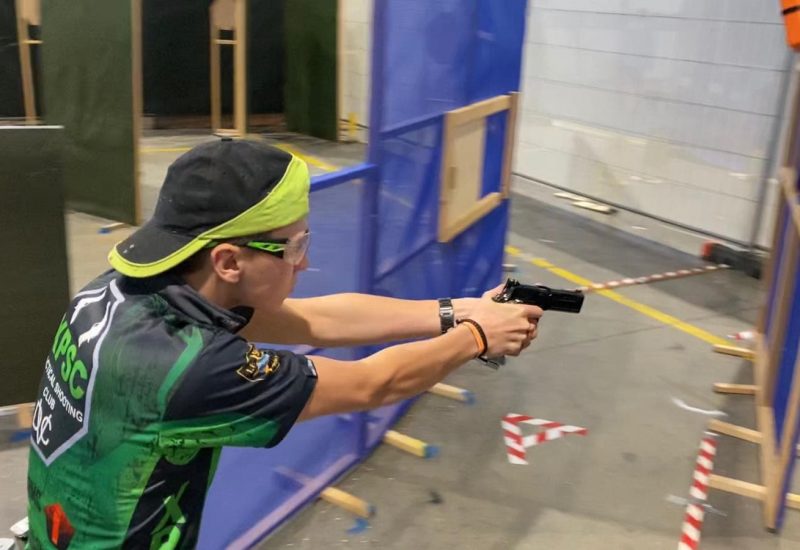 Magload Design Engineer – Paul has been shooting Airsoft for 8 years starting on the skirmish scene. Paul quickly found a love for everything IPSC. Since then he has continued to shoot for his club in the UK and overseas. He has gained himself grandmaster ranking as well as multiple podium positions including 2nd place Standard Junior at the Action Air World Shoot in 2018. 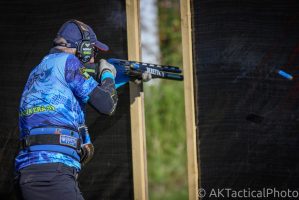 Jarkko is a gun dealer and competitive shooter from Finland who started shooting in 2002 competing in national 3 gun competitions. He is the current IPSC Standard Shotgun World Champion and IPSC Semi-Auto Open Rifle World Champion. His list of National and European wins are simply too long to list. Alongside Team Magload, Jarkko is also a member of the Official Beretta Shotgun Team, Team Kahles and Team DED. 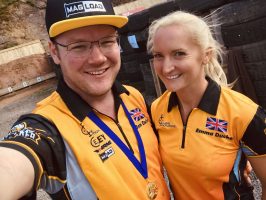 Ben is the current UKPSA and NRA Open Shotgun Champion and holds Grand Master grade in IPSC shotgun. He is also a Grand Master grade in Mini Rifle, finishing 3rd overall in the UKPSA Mini Rifle Championship 2019. Ben competes regularly in 3 Gun, IPSC and NRA practical matches across the world. He was on the GB Team at the IPSC Rifle World Shoot II in Sweden and was the highest ranking GB competitor. Ben also represented GB at the IPSC Shotgun World Shoot II in France. That year also saw Ben winning the NRA UK Shotgun League Open Division and finishing in 3rd place in the UKPSA Shotgun Championship Open Division. 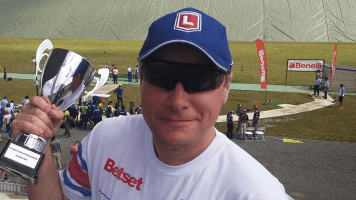 Sami is a competitive shooter from Finland who has been competing in IPSC and national 3-gun competitions since 2008. In 2013 he started to focus mainly on rifle and shotgun shooting. He is the current IPSC Semi-Auto Standard Rifle World Champion and got silver medal in the 2018 Shotgun World Championship in Modified Division. He also has numerous National and Nordic titles in Semi-Auto Standard rifle. His main goals are the next World Championship matches both in rifle and shotgun. 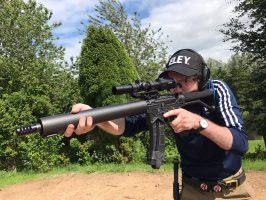 Josh has been shooting for around 6 years and has concentrated on mini rifle for the last 5 years where he has been the UKPSA No1 since 2017 and has also been the NRA No1 in 2017 and 2018. He now has his sights firmly set on the first IPSC Mini rifle world shoot being held In 2022 in Florida. 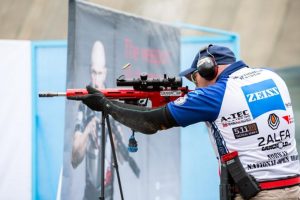 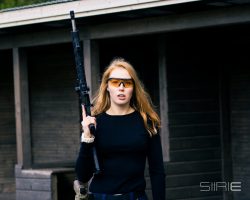 Jenny is the current Finnish Lady Champion in PCC, Action Air and is NR1 Lady in Finnish Military 3-Gun. Her love for shooting started in 2012 in the Finnish Army and is an active reservist today. In 2018 Jenny started to compete in Finnish Military 3-Gun SRA. She found IPSC in the summer of 2019 and very quickly got immersed in the sport. Promoting ladies’ sport shooting is a particularly important cause for Jenny, organising ladies training and shares her shooting on social media to increase openness and visibility. Visit @jenkarolina for match videos and content. 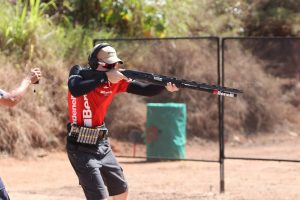 Lucas Roth de Oliveira, from Brazil, has accompanied his father, who’s also a prominent IPSC competitor, since he was a child. In 2017, Lucas started competing in IPSC Handgun and soon after in IPSC Shotgun competitions, falling in love with the sport. Today IPSC Shotgun is his main activity. In his second year competing, Lucas participated in Shotgun World Shoot III, achieving 2nd place Junior and 2nd place team Family. In 2018 and 2019 Lucas was the champion of the Brazilian championship. He has stated to us that since using the MagLoad Nexus, Lucas has greatly improved in competition, obtaining his best results. 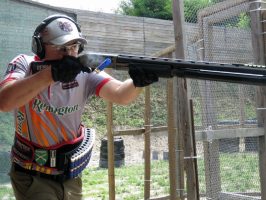 Vitaly Pedchenko is a competitive shooter from Ukraine. He has blog and forum about Remington 870 shotgun where he shares information, tips, photos, and advices about this pump-action shotgun. He is also firearms instructor and Range Officer. Vitaly has won many of Ukrainian competitions, got silver medal on Central European Shotgun Open 2019 and was in Top-10 shooters during the last World Shoot in France. 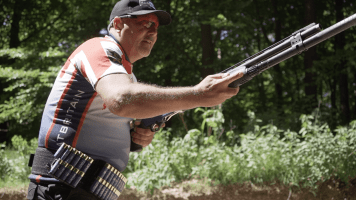 JJ Has been shooting for about 15 years in total, starting with clay pigeon shooting and later got introduced to practical shotgun about 6 years ago at Shield Shooting Centre. Since then he has been shooting in NRA, IPSC and 3 Gun matches around the world. He attended the Northern Ireland, French and Canadian nationals and had finished top 10 in each of those matches, he also  represented the GB modified team in the world Shotgun Practical shoot 2018 in Chateauroux, France. He received Grand Master grading in 2017/18 for the UKPSA finishing 2nd in the UK in both years. 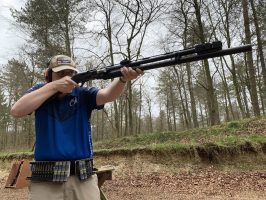 Alex has been shooting practical shotgun for five years, and practical pistol for three years. He has previously won the NRA Handgun League in Standard division, and in the first year shooting through the UKPSA he achieved an A class ranking. Alex has also begun competing in Action Air over the last 12 months. 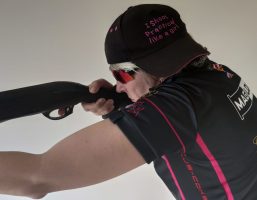 Since being introduced to the world of practical shooting in 1994 Michelle has been hooked. Two short years later she shot as part of the UK Ladies Pistol Team at the World Shoot XI in Brazil. With the 1997 pistol ban, Michelle dedicated her time to developing a new discipline, Mini Rifle. She spent a year introducing Mini Rifle across the world and achieved the very first Mini Rifle world competition. Enough interest was generated both home and abroad to lead to the UKPSA and the IPSC adopting the discipline. After a short while in practical shotgun Michelle was chosen for the GB Ladies Shotgun Team and has been enjoying the challenges of shotgun ever since. Michelle says whether you are a new shooter or at the top of your game, you can rely on Magload products when it counts. 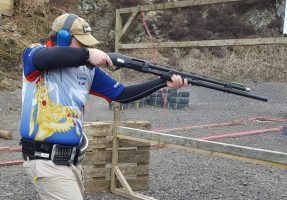 Lewis has been competing for 8 years across the UK and abroad in IPSC shotgun. He became the 2015 UKPSA Standard Manual Shotgun champion and has competed in 2 World Shotgun Championships. Currently graded as a Grand Master finishing overall 5th place this year, Lewis is also an active Range Officer, an assistant instructor and on the HTRPC Committee. Lewis was one of the first competitors to use the Nexus system and has not looked back since. 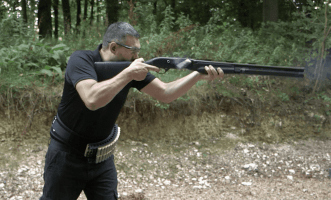 Rob has been shooting NRA shotgun and mini rifle matches for 4 years and IPSC for 3 years, regularly competing in both NRA and IPSC shotgun and mini rifle matches all over the UK. He competes in standard auto for shotgun using a Benelli M2, with the Magload Nexus. He has devoted a lot of time to training his quad loading skills originally using the Magload Double Quad Loaders, and recently switching to the Nexus system further improving his loading skills. In Mini rifle he competes in open division using a Southern Gun Company V22. With various upgrades including the Magload magwell and the Magload ambi mag release. He is now focusing mainly on the IPSC circuit. 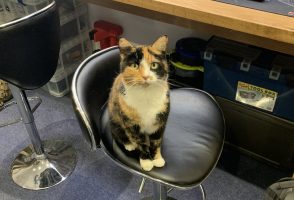 Nala, the office supervisor, provides ongoing moral support and endless entertainment for the team. She doesn’t do any product testing but she occasionally brings us a present. When she’s not sleeping, she’s chasing imaginary mice and practicing her dynamic movement and footwork.  Her target acquisition and time to first shot are excellent, but she needs to work on better stage planning. 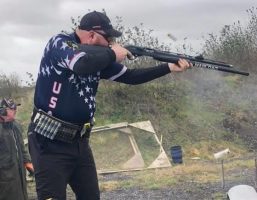 James has been competing in IPSC for a little over 5 years, he shoots shotgun, rifle and mini rifle. James is on the team as he won a bet with Conners at a competition about 3 years ago and we haven’t managed to get rid of him yet. He is a great destruction tester for new kit, having a tendency to break most of the kit he uses. He still hasn’t managed to destroy any Magload products yet. James has competed at both the Shotgun World Shoot 2018 and the Rifle World Shoot 2019 Sweden, using various items of Magload equipment. James also works with the UKPSA helping to promote the sport in the UK.

Magload, the cartridge logo and products are registered trademarks of Magload Ltd. Patents and Design Rights are held by Magload Ltd. Unauthorised use will lead to prosecution.